Robartes is a former manager of KUOI-FM. During the past two decades as a radio news reporter, he has produced stories for national programs such as Pacifica Network News, Free Speech Radio News, as well as for regional outlets such as Northwest Public Radio and Montana Public Radio. Locally, Leigh has produced and hosted live, call-in candidate forums and public affairs programs. Currently he  hosts the Monday version of Morning Mix on KRFP 7-10 a.m.  At Radio Free Moscow, Leigh has been extensively involved in organizing the station from the ground up, and trains volunteer hosts, produces news and helps with programming decisions.  You can best reach Leigh by phone at 208-892-9300. Send email:

Our Board of Directors 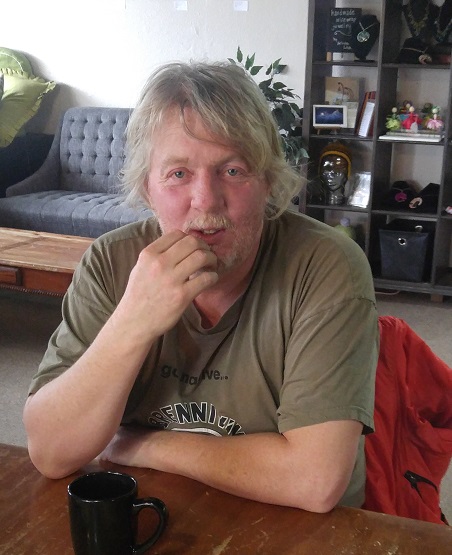 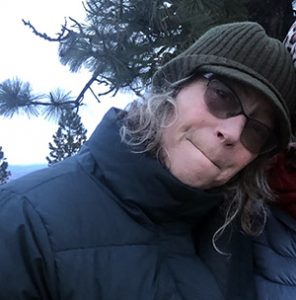 Erika Greenwell has been an active member of the Moscow progressive community for 35 of her 53 years. The last 23 years she has spent teaching Iyengar yoga at the Moscow Yoga Center. Most of that time her radio has been on and her ears have been with KRFP. And those ears are here to stay. 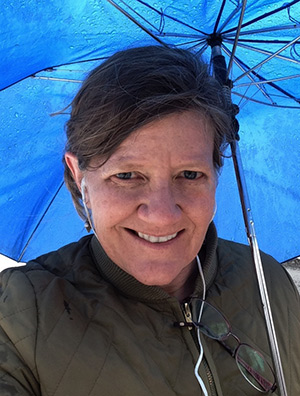 Jill has been involved with community radio since she joined the radio club in her high school in Minnesota. In college, she spliced tape and conducted interviews for Madison, Wisconsin’s community station, WORT. Now she is one of three hosts of KRFP’s Peace Radio, a biweekly show dedicated to talking about issues of peace, social justice and environmentalism. The show is now in its 10th year. She is new to the KRFP Board but is also active in issues surrounding Fair and Affordable Housing in Moscow, ID.Jill works as a web coordinator at Washington State University and lives in Moscow with her husband and a variety of animals. 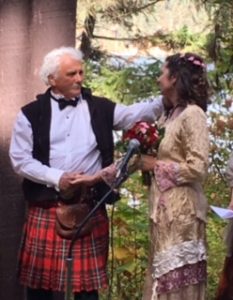 Steve McGehee, aka to long-time KRFP listeners as Dr. Steve and the Barefoot Elitist, is a lifelong political agitator, writer, grass roots organizer and, in varied incarnations a Berkeley graduate, university instructor, bartender, cross country ski instructor, chauffeur, map maker, collector car wrecking yard owner and all-around troublemaker and ne’er do well. He first became a Radio Free Moscow board member in the early days before the station was even broadcasting, serving in that capacity for three years, two of which he acted as Chair. Looking back, he has spent more time than he would like to remember as a City Councilman, board member of too many do-gooder non-profits, and an unsuccessful candidate for the Washington State Legislature and Whitman County Commission. He currently has seven books in print, all available on Amazon. He slavishly adores his wonderful wife Katherine and his two superb daughters, Heather and Caitlyn. Foreign travel has become a passion and Puerto Vallarta’s Old Town is a second home. Wherever he travels, he tries to avoid other gringos at all costs. Seemingly out of sync with his radical pedigree, he loves football, beers and shots with his frowzy assortment of pals, poker, the occasional cigar and top down cruising in old convertibles. As retired folks are rumored to do, he has also given up tennis and skiing for cooking from his large vegetable garden. And now, having been informed by Big Al and Cass that the anarcho-syndicalist, Wobbly contingent on the KRFP Board is in need of old fresh blood, Steve has come out of retirement and it sounds like fun. 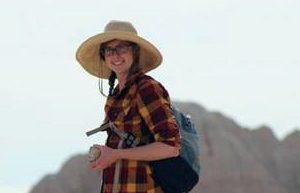 Music is Hannah’s passion. She enjoys discovering, curating, playing, and sharing music. It grounds her and connects her to the beauty of our dynamic world. She is honored to be on the board of KRFP, and will work to sustain this community-managed resource. She believes community radio serves the Moscow area with independent and diverse music from around the world, as well as sounds and stories from our landscape. We can invest in this tool and work together to serve the needs and interests of our unique community.

She is currently pursuing a doctorate in the College of Natural Resource at University of Idaho. She has a B.S. from the Marriott School of Business and a M.S. from the Warner College of Natural Resources. In addition to her academic pursuits, she works as an outdoor professional and has spent four seasons leading land-management efforts in the states of New Mexico, Alaska, and Washington. She loves heavy metal, math rock, electronica, world, and sad country songs about dirt roads and rope swings. I doesn’t like talk radio; but likes people who like talk radio.

Board meetings are usually the second Wednesday of the month. Call 892-9300 for the location.

Our Music Director is Ike Smith. Contact him at the station 208-892-9300. Please return soon for additional information.

Older archives use The Wayback Machine. Read about it on Wikipedia.